Hay is for Horses 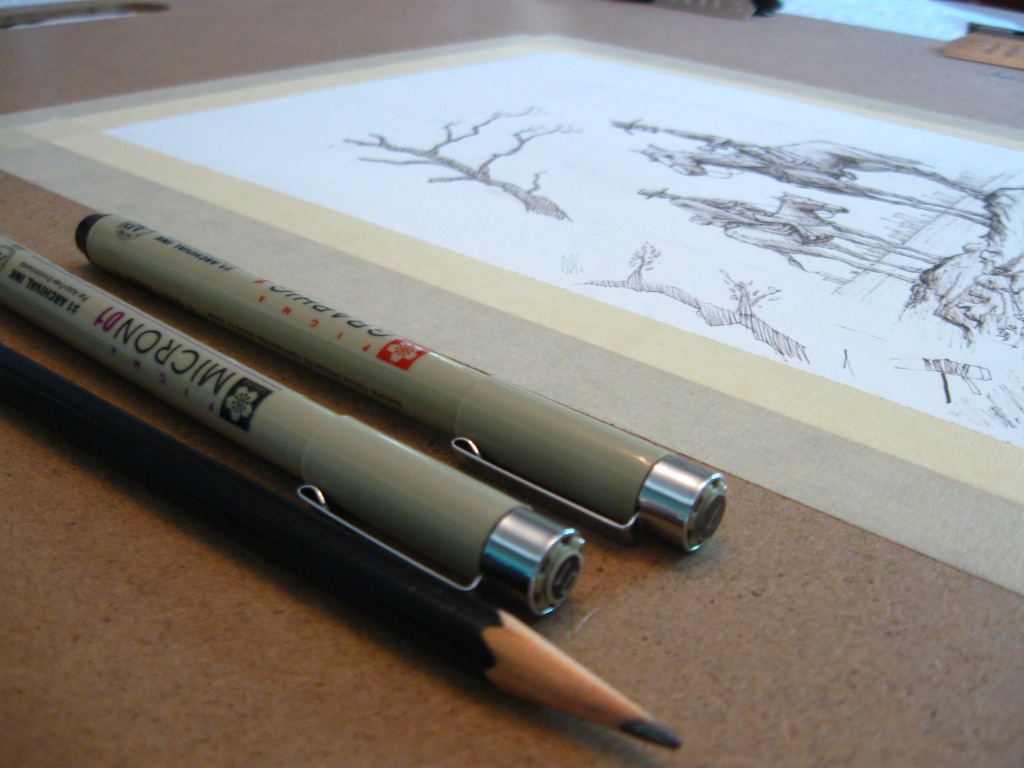 So for my sister’s birthday a few weeks ago, I ended up drawing a little western-y scene for her (she loves horses) and getting it framed. It was actually based off a rough Don Quixote sketch by Pablo Picasso; I mainly copied the composition and general poses. It was really nice to work in traditional media, good ol’ pen and pencil on drawing paper. 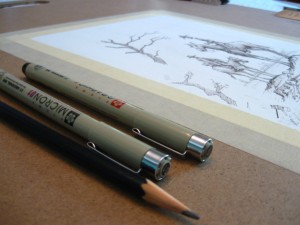 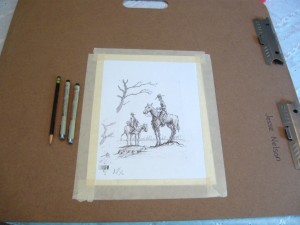 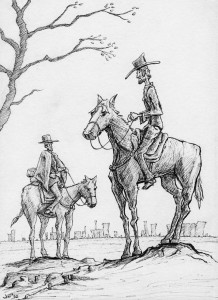 The final image (I really need to get a picture up of it framed).

I’d like to do some more traditional stuff this summer; maybe get back into pastels, some watercolors…I really want to try and do a triptych like those done by the awesome Lawrence Yang: 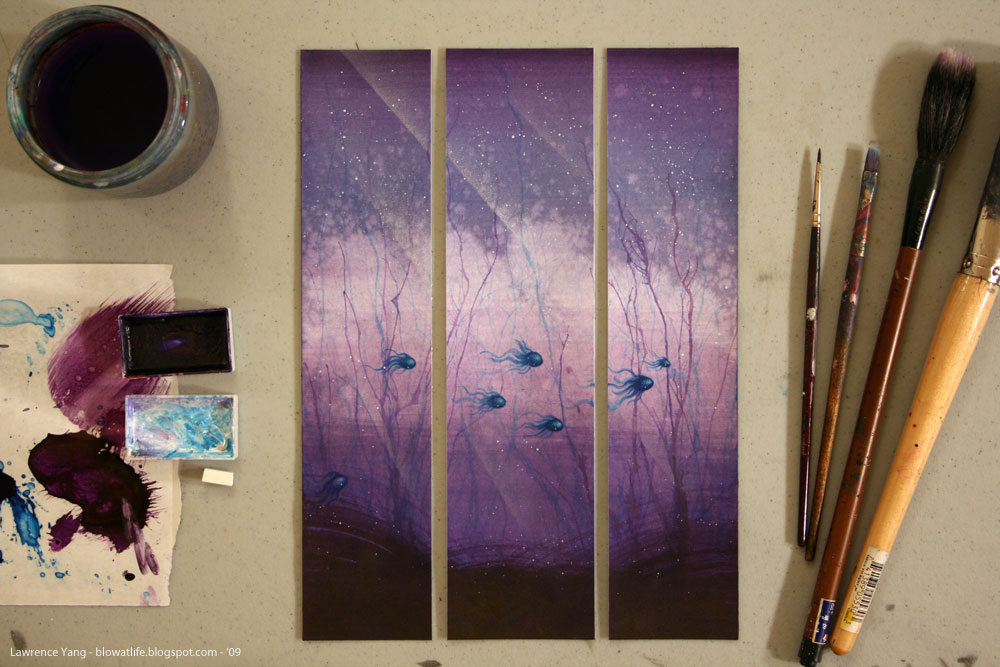 Also, check out this one done by my talented classmate Jimi Bonogofsky: 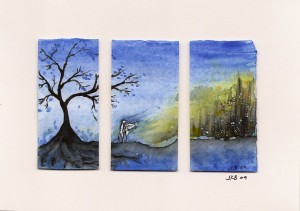